SEPANG – The Sepang District Disaster Management Committee will seek the aid of the police to detect 400 residents of Medan 88, Bandar Baru Salak Tinggi, here, who did not return home after receiving information that barbed wires would be installed in the area for the implemention of the Enhanced Movement Control Order (EMCO).

Its chairman Mohamad Zain A. Hamid said the number of those who did not returned home were detected following interviews of residents there who said their housemates or family members did not return as soon as they found out that the area would be placed under EMCO.

“The police will detect them through the MySejahtera registrations which they made or manual registrations at shops or premises visited in the area.

“The aim of the EMCO is to conduct health screenings and not security screenings or others. So, I appeal to the residents here who have yet to undergo swab tests to quickly do so,’’ he told a media conference here today.

Mohamad Zain, who is also Sepang district officer, said the installation of barbed wires and early cordoning off of the area was to prevent the residents from running away as had happened at the EMCO at the Plaza Hentian Kajang.

“We entered here on Tuesday at 8 pm for to encircle the area in preparation for the implementation of the EMCO. This raised a major polemic to the community for us doing it early.

“Entering early is a strategy because we have learned from several EMCO in Selangor. We face many problems when we surrounded the areas and make an announcement the next day, including not achieving our objective to implement the EMCO in the area, namely, to implement health screenings,’’ he said.

He said early information found an average of 1,000 people visited Medan 88 for various economic purposes because the area also housed banks and hotels.

“Residents around Bandar Baru Salak Tinggi up to Sepang often come here for various businesses and because of that we need to implement PKPD because we do not want this virus to spread to the communities out there.

“If there are employers who want their employees screened, we will also entertain,” he said.

He said if there were still residents who refused to undergo COVID-19 screening, action under Act 342 (Prevention and Control of Infectious Diseases Act 1988) could be imposed on them

Mohamad Zain said, until last Monday, 43 positive COVID-19 cases were detected in this area and it was believed that all the positive ones had a record of returning from a high-risk place, namely Sabah.

Commenting further, he said as of yesterday, 399 residents in Medan 88 had undergone the first swab tests and the results were still unknown

Meanwhile, Wan Kamarul Azran said 21 policemen were stationed in the area for each shift (shift), and the district office had set three shifts at seven Medan 88 control posts. 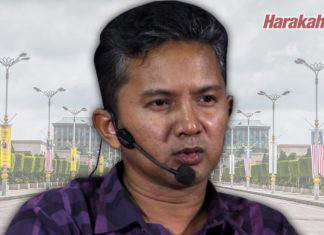 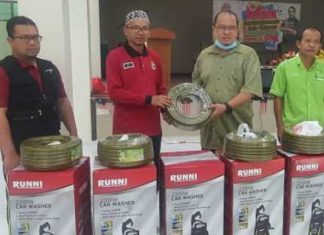