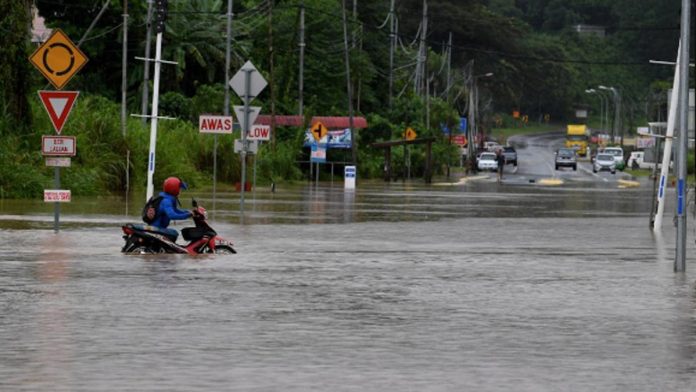 MetMalaysia in a statement at 11.30 am also issued a weather alert warning with heavy rains expected in several areas in Sabah, Sarawak and Labuan, until tomorrow.

The areas that will be affected are Sandakan (Kinabatangan) in Sabah, Miri (Subis, Beluru, Miri and Marudi), Limbang in Sarawak and Labuan.

The flood situation is getting worse in Sabah, with continuous downpour this week affecting several districts in the state.

As of this evening, the number of evacuees rose to 348 people compared to 176 this morning, and all have been placed at nine evacuation centres (PPS).

The floods also affected 25 roads in several districts, with 10 landslide incidents reported today. However, there were no fatalities.

The affected roads were located in Penampang, Tuaran, Kudat, Pitas, Paitan and Lahad Datu while landslides were reported to have occurred in seven villages in four districts, namely Kota Kinabalu, Kota Marudu, Pitas and Kudat.

Sabah Chief Minister Datuk Hajiji Noor has urged all affected residents to immediately move to the PPS when told to and to comply with all the instructions given by authorities so as to avoid any untoward incidents.

The continuous rains since yesterday is causing anxiety among residents living in Sabah west coast especially those in this district, as they fear the flood situation will worsen.

As of 10am today it is still raining in several districts in Sabah including in Penampang, Kota Kinabalu, Sepanggar and Tuaran.

He said when the water started to enter his house up to the knee level, he with the help of family members were forced to raise all electrical appliances and important documents to higher and safer spots.

“Even though the flood waters flowed into the house all of a sudden, we were lucky to have enough time to pack and store our things before they get wet. I hope the rain will stop soon so that the floods will not get worse,” he said when contacted here today.

Meanwhile, another villager, Jupirin Sagang, 56, who lives near pekan Donggongon said, his house was submerged since last night. “

“Though the water had started to recede early this morning, the house is still flooded due to the continuous rains.

“Several items which were on the ground floor, such as mattresses and household appliances were destroyed. However, we managed to transfer our more important possessions upstairs,” he said, adding that his house had been inundated eight times in the last few years.

A check found that only a few roads in the Penampang area were passable especially to four-wheel drive vehicles. Among the roads that have been submerged and inaccessible to light vehicles were Jalan Kiranau Inobong, Jalan Kolopis, Jalan Datuk Panglima Banting, Jalan Kibabaig and Jalan Kivatu Kasigui.

“My house was also submerged in floodwaters yesterday afternoon, but now the water has receded… but I am worried as there ae no signs that the rain is going to stop. If this continues, flash floods are likely to happen again,” he said.

In addition to Pitas, Beaufort and Paitan, Kota Kinabalu, Penampang, Putatan, Tuaran and Papar are the latest districts to be hit by floods since last night.

As of 8am today, the number of flood evacuees rose to 176 from 122 last night being housed at seven relief centres throughout the state and following the floods in the five additional districts, there are now 39 evacuees in Kota Kinabalu, Penampang (11) and Putatan (4).

So far there are no evacuees in Tuaran and Papar. 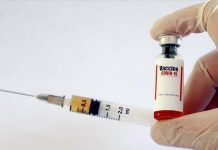 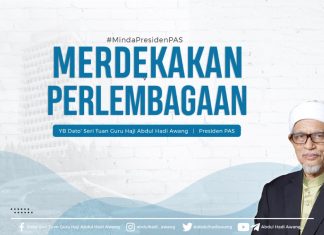 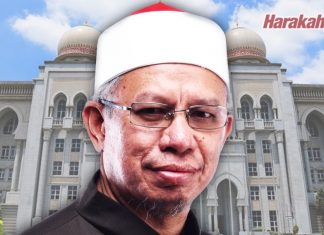 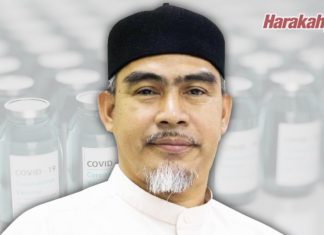