KUALA LUMPUR – The decision to allow movement across states would depend on whether the daily COVID-19 cases fall to two digits subject to the risk assessment carried out by the Health Ministry (MOH), said Senior Minister (Security Cluster) Datuk Seri Ismail Sabri Yaakob.

He said MOH would then table the proposal to the Technical Committee and National Security Council (MKN) Special Meeting chaired by Prime Minister, Tan Sri Muhyiddin Yassin before a decision is made.

“If the cases fall to two digits, for sure MOH would advise…the new proposal to allow interstate travel or otherwise would be tabled by MOH.

“We will wait for the decision and pray cases would continue to drop to two digits as mentioned by Health director-general (Tan Sri Dr Noor Hisham Abdullah),” he told a media conference on Movement Control Order (MCO) here, today.

He was replying to a question on when would cross state travel would be allowed if the daily COVID-19 cases falls to below two digits.

Earlier, Dr Noor Hisham was reported as saying that MOH was expecting the daily COVID-19 cases to fall to two digits in May.

At the media conference, Ismail Sabri announced cross district movement is allowed for all states except Sabah starting March 5, however interstate travelling is still not allowed.

Police to use discretion

Ismail Sabri meanwhile has pointed out that police would use their discretion when issuing the maximum compound of RM10,000 on those who violate the standard operating procedure (SOP) of the MCO.

He stressed that the maximum fine was meant for repeat and serious offenders and not to victimise the public.

“Tan Sri IGP (Inspector-General of Police Tan Sri Tan Sri Abdul Hamid Bador) has also stated that the RM10,000 compound will not be issued on those not wearing face masks or not adopting physical distancing. The public must have confidence that police will use their discretion, not to victimise the people,” he said at the daily media conference on the MCO development here today.

Earlier, the Attorney-General’s Chamber’s official portal announced that anyone found flouting violating the MCO would be compounded up to RM10,000 effective March 11.

A compound of up to RM50,000 would also be issued to companies found committing the same offence.

The matter is gazetted under the Emergency Ordinance (Prevention and Control of Infectious Diseases) (Amendment) 2021.

Previously, under Regulation 3 (1) of the Prevention and Control of Infectious Diseases (Measures Within the Infected Local Areas) Regulations 2020, offenders could be fined not more than RM1,000 or jailed not more than six months, or both.

The decision then caused concern among the public and various parties, who claimed that it would burden the people as the economy was affected by the pandemic.

Ismail Sabri said that apart from repeat offenders, owners of and visitors to entertainment centres who continue to flout the regulations are among those who would be issued the maximum compound.

This, he said, was because entertainment centres are still on the banned list.

Those fined can appeal

Meanwhile, he said that individuals who have been issued compounds could appeal for their fines to be reduced to a minimum according to the discretion of the respective district health officers.

Asked whether the act of inciting the public to reject the COVID-19 vaccination was an offence, Ismail Sabri said the action was a violation under the Emergency Ordinance and could be considered sabotage with the intention of intimidating the public.

“So, through the amended Emergency Ordinance, immediate action can be taken against the fake news source,” he said.

Earlier, IGP Abdul Hamid Bador was reported to have said that any individual who incited or spread false news to the public not to take the COVID-19 vaccine could be prosecuted under the Sedition Act. 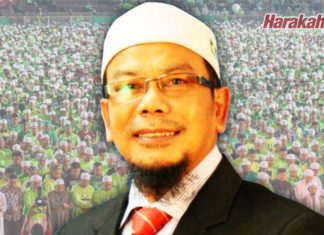 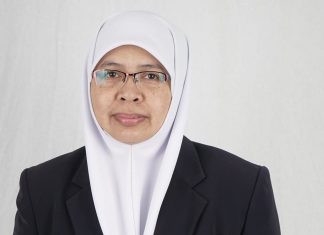 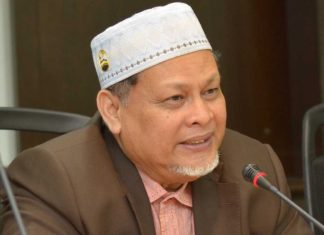