MAKKAH – Malaysia once again made history when it became the first country to be invited by the Saudi Arabian government to choose the time to perform the ‘stoning of the devil’ ritual.

Malaysian Haj Delegation head, Datuk Seri Syed Saleh Syed Abdul Rahman, said that the advantage allows Malaysia to choose between 8 pm and 10 pm for the ritual, and it provides comfort as the weather during the day can reach over 50 degrees Celsius.

“Malaysia is the first country to be asked and is given priority to choose. When in talks with the Ministry of Haj and Umrah, they just accept whatever time we choose and it has been sealed in an agreement between Malaysia and Saudi Arabia.

“The schedule chosen is in accordance with the pilgrims and our haj operation schedule. This is a good thing because we are given priority … other countries will probably go in the morning, noon and afternoon while we go in the evening,” he said.

He said this to reporters after visiting the locations of Malaysian pilgrims in Arafah, Muzdalifah, and Mina.

Previously, Malaysia made history when it became the first country to receive a permit to operate a medical centre in Saudi Arabia, and was also listed among the five countries that participated in the ‘Makkah Route’.

Meanwhile, in a related development, Syed Saleh said that on the 13th of Zulhijjah, some pilgrims will throw stones in the early morning after dawn prayers; according to him, this move was to avoid congestion and untoward incidents.

“This year if the wuquf ritual (congregating on the Arafah plain) falls on Friday, we will start with the deployment of staff on the 7th of Zulhijjah (July 6). They will leave at night and arrive there to make preparations to receive the Malaysian pilgrims, who will start moving on Thursday (July 7) early in the morning.

“The movement of pilgrims, using 17 buses, will start at 7 am. We hope the movement from Makkah to Arafah goes smoothly. On the 10th of Zulhijjah, they will move to Muzdalifah after Maghrib to participate in the rituals until close to midnight, at 11.45 pm.

Today, the Saudi Arabian government will begin moon sightings to determine whether the month of Zulhijjah will begin on June 30 or July 1 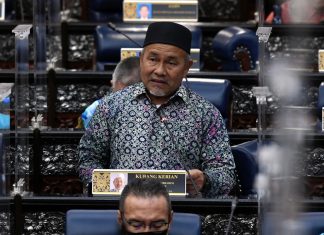 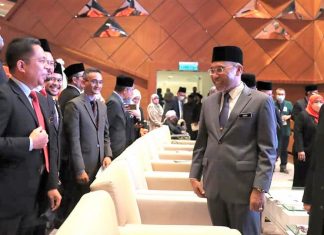 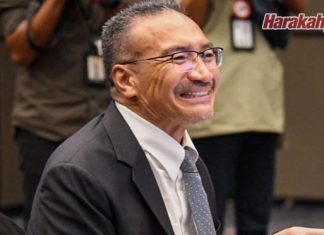