KUALA LUMPUR – Traders, retailers and consumers have expressed a collective sigh of relief following the government’s decision to retain the subsidy for packed cooking oil and viewed it as a noble effort to reduce the burden of Malaysians, especially the B40 group.

However, the majority of those who talked to Bernama urged the government to ensure that no one would take advantage of the subsidies and to guarantee that there was adequate supply, in addition to monitoring the price of other basic necessities.

In SABAH, Noorasvilla Muhamma, 36, a petty trader in Sandakan said that the retention of the subsidy was a sign that the government placed the welfare of Malaysians, especially the B40, as its priority, yet he raised concerns over the scarcity of supply in Sandakan.

“I’m grateful that the government took steps to tackle the issue of rising prices, including the additional cash assistance. As a long-time consumer of cooking oil in daily life, I’m thankful that the price of subsidised cooking oil will be maintained,” he said.

Noorasvilla also expressed hope that the government would intensify efforts to curb the misuse of subsidised oil packs, which was supposed to be easily available in rural areas.

“I also ask the government to take stern measures, including boosting enforcement and acting against repackers who are conspiring with irresponsible syndicates. Otherwise, this misuse will cost our country,” he said.

In PENANG, consumer Mohd Fahmi Mohd Noor, 45, hoped that the authorities would continuously monitor to ensure that oil packs were available for sale.

“Oil packs are a necessity to us and for B40 families like mine, this is the only thing we can afford compared to bottled cooking oil that is so expensive….our only hope is that it’s always available,” the factory worker said.

NEGERI SEMBILAN Consumers Association chairman Khairuldin Yunus, meanwhile said that the government must monitor the price of basic necessities frequently and not only during festive seasons to ensure no one will hike up prices.

Prime Minister Datuk Seri Ismail Sabri Yaakob announced yesterday that the government will retain the subsidy for cooking oil to a tune of RM4 billion this year for one kilogramme (kg) oil packs.

The Prime Minister said that the subsidy programme, which has been in place since June 2007, was a subsidy borne by the government at a price of RM2.50 per kg compared to actual the market price of RM9.00, and was specially for those in the B40 group.

In KELANTAN, grocery shop owner Sepiah Ismail (she), 63, said the continuation of the subsidy showed the government’s concern for Malaysians, even with the current situation of rising prices.

“Currently, I’ve limited the purchase of oil packs to two packs per customer as I am facing difficulty in obtaining adequate supply from suppliers.

“I also hope that the government will take action to ensure that the supply is easily obtainable from suppliers, especially for wholesalers and retailers, and avoid any shortage of supply for consumers,” she said.

In MELAKA, traditional delicacies seller Siti Rabiah Abdul Kadir, 38, said the retention of the cooking oil subsidy was a godsend to people like her, as she has had to cope with rising prices of other supplies such as flour.

Siti Rabiah said it was hard to obtain oil packs from grocery shops and had to use more bottled oil to complete her orders.

“(The rising prices) are drastic and almost all products have gone up in price and as a trader we have to increase our prices as well slightly to cover the cost of ingredients,” she said. 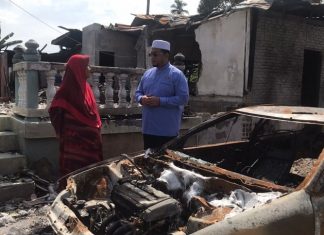 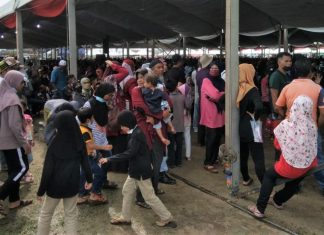 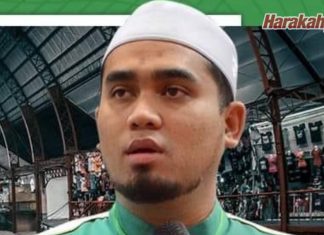