KUALA LUMPUR – The use of various sources of fuel and the provision of subsidies have enabled Malaysians to enjoy electricity tariff rates deemed as among the lowest in the Southeast Asian region despite various external and internal factors constantly placing pressure on the nation’s energy sector.

However, the pressure has escalated lately given the unexpected hike in the prices of fuel – especially coal and natural gas – following the COVID-19 pandemic, casting a question mark over the resilience of the nation’s electricity tariffs.

This is because nearly 93 percent of Peninsular Malaysia’s electricity is generated using coal as well as natural gas, and world coal prices have soared to US$200 a tonne and are expected to continue rising amid the Ukraine-Russia conflict.

Even in this crisis, domestic users in Peninsular Malaysia are enjoying a rebate of two sen for every kilowatt-hour (kWh) for the February to June period this year, while industrial and commercial users pay a surcharge of 3.7 sen/kWh. This has been made possible through the Imbalance Cost Pass-Through (ICPT) mechanism which enables the government to adjust power generation and fuel costs every six months.

Commenting on this matter, director of the Engineering (Electrical Power) Division at Universiti Teknologi Malaysia’s School of Electrical Engineering Associate Prof Dr Jasrul Jamani Jamian said the subsidy provided by the government is among the main factors Malaysians are able to enjoy low electricity tariffs.

He told Bernama the government has maintained the low tariff structure for the first 300 kWh so as to ensure the people could continue to afford to pay for electricity which constitutes one of their basic needs.

Besides that, he added, Malaysia does not impose a power factor surcharge or penalty on domestic users for inefficient power consumption.

“Malaysia generates much of its electricity using coal and natural gas, with most of the coal imported from other countries. Currently, nearly 63 percent of its coal for power generation comes from Indonesia.

“However, recently, Indonesia temporarily halted coal exports to fulfill domestic demand and this has indirectly impacted the continuity of our country’s power supply,” he said.

In this regard, he said the government must implement proactive measures to face any crisis in fuel supply in the future so that consumers are not burdened by rising electricity costs.

He added that the best way to cut electricity bills is by improving energy efficiency which will also cut down power loss.

“This applies to both parties, that is, utility (companies) and consumers. We can’t control the market prices of fossil fuels but we can control and optimise our electricity consumption so that overall costs can be lowered.

“(For example) Appliances given a five-star rating by the Energy Commission (EC) are highly energy-efficient and recommended for consumers as their use leads to savings in their electricity bills,” he said.

He, however, believed that it is not quite accurate to state that the use of renewable energy options, such as solar photovoltaic (PV), is the best alternative for saving electricity.

“If our system has yet to operate at a high level of efficiency, then we will be using a part of the renewable energy source to top up energy loss and not use it entirely for the reduction of the electricity bill,” he opined.

Empower use of GET

Jasrul Jamani feels that the Green Electricity Tariff (GET) introduced by Malaysia in January this year can be among the initiatives that will help the nation to reduce its dependence on traditional power plants.

(The GET initiative allows consumers to use electricity generated from renewable energy sources but they will be charged an additional 3.7 sen per kWh of renewable energy bought through the scheme.)

Compared to power plants run by nuclear, hydro or solar PV energy, gas and coal-fired power stations can worsen the greenhouse effect through the discharge of significant amounts of carbon dioxide. However, the overall cost of generating electricity, known as Levelised Cost of Electricity, using a renewable energy source is higher.

“Therefore, through GET, domestic and non-domestic users can show their support by agreeing to pay an additional charge of 3.7 sen for every kWh of renewable energy used, on top of the existing tariff.

“Agreeing to the additional charge will reflect the consumers’ support for the use of electricity generated from renewable energy sources which, indirectly, will lead to a reduction in the greenhouse effect. As of now, the quota for GET for domestic users is 100 kWh and non-domestic 1,000 kWh,” he said, adding that the GET scheme is widely implemented in developed countries.

Speed up installation of PV

Universiti Putra Malaysia (UPM) School of Business and Economics lecturer Associate Prof Dr Anuar Shah Bali Mahomed, meanwhile, said the time has come for the government to leverage PV renewable energy to maintain the electricity tariff rates and as a proactive measure to address any fuel crisis in the future.

“I agree that it’s expensive to install a solar panel system… it costs about RM25,000 per house. But the government can start the initiative by installing solar panels in every eligible house and allowing the owners to make a monthly repayment of RM208 for 10 years to cover the cost.

“The installation of solar panels can help households to cut their monthly electricity bills by almost 40 percent. For example, if a household’s bill usually comes to RM500, after installing the solar panels, the bill will only be around RM300. Together with their monthly repayment of RM208, their total bill will come to RM508 a month.

“But once they have completed the payments for the solar panel installation, they can continue using solar energy and save on their monthly bills more effectively,” he said.

He also pointed to TNB’s recent strategic collaboration with UPM under which a solar system with 16.18 Megawatt peak capacity will be installed at 16 locations on the university’s campus.

Anuar Shah also said that solar PV technology can also be extended to the agriculture and food sector, similar to that implemented by UPM through its agrivoltaic project involving the cultivation of 25,000 misai kucing (a type of herb) plants under solar PV panels. 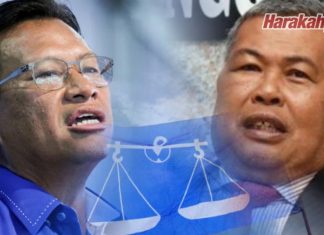 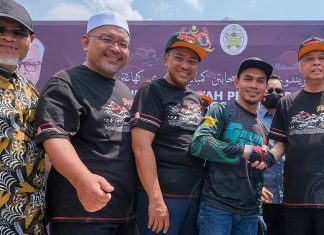 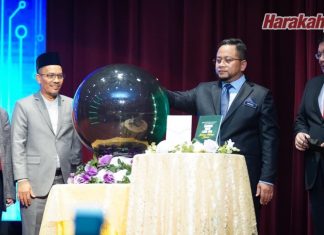