JOHOR BAHRU – Police have advised the public to be cautious and not to be deceived by individuals suspected of using dubious ‘Datuk Seri’ or ‘Tan Sri’ titles in extortion in the state.

Johor police chief Datuk Ayob Khan Mydin Pitchay said this was because these individuals with such suspicious titles who are using non-governmental organisations (NGOs) fundraising activities to hoodwink the authorities into donating cash and funeral hearses to camouflage their criminal activities.

“This individual tries to appear like ‘Robin Hood’. I believe many NGOs have dealt with this individual who made many promises. The police are also investigating if this case is related to any political party,” he said at a press conference at Johor contingent police headquarters here today.

He said the latest extortion case involved two men, a scrap metal businessman with a ‘Datuk Seri’ title, aged 56, and his friend, 41, who were suspected of threatening members of the public, including a police inspector in February, both of whom were brought to the Magistrates’ Court here yesterday.

Based on investigations, the businessman is believed to have obtain his ‘Datuk Seri’ title from ‘Sulu’ which is not recognised by the Malaysian Government, which emboldened him to make threats and conduct criminal activities.

“Sulu will usually bestow the title of Datuk Seri if someone ‘pays’ for it. But it does not matter where the title comes from, Malaysia or anywhere, whether it’s Datuk Seri or Tan Sri, if they are involved in criminal activities, we will catch them.

“In addition, checks revealed that action had been taken against the individual twice previously under the Emergency Ordinance, having been detained in Simpang Renggam and Pulau Jerejak in the 1980s and 1990s,” he said.

He said both suspects were charged under Sections 506 and 34 of the Penal Code, and the businessman also faced an additional charge for threatening the police officer who arrested him.

In other developments, Ayob Khan said police managed to arrest 10 men believed to be members of ‘Geng 21’ in separate raids across the city, Kluang and Yong Peng between 2.30 am and 3.30 am on Jan 16.

All those arrested under Op Cantas were aged between 22 to 44 and possessed previous records relating to drug trafficking or abuse and violent crime.

“The arrests solve 14 violent crimes with eight suspects being charged under the Prevention of Crime Act 1959 (POCA), one suspect charged under Section 43 of the Societies Act 1966 for joining a gang while another was released,” he said.

According to him, Johor police under Op Cantas have taken action against 39 gang members under POCA since 2018.

The Royal Malaysia Police (PDRM) in another development is hoping that the Malaysian Anti-Corruption Commission (MACC) will share every information on its probe into the Macau Scam syndicate and online gambling activities.

Inspector-General of Police Tan Sri Abdul Hamid Bador said this was crucial to allow PDRM to take action against police officers or personnel who were found colluding with the syndicates.

Commenting on 31 policemen allegedly linked to a Macau Scam syndicate and online gambling activities, he said the case was quite complicated as it came from the MACC.

“PDRM is the second authority to investigate the case after MACC and I hope they will share all information so that the police can make the right and fair decision,” he told reporters after receiving his first dose of the Pfizer-BioNTech vaccine at the Kuala Lumpur Health Clinic here, today.

He said those involved with the syndicate would face sacking, demotion or any other action deemed appropriate by the Police Force Commission (SPP) which would convene soon.

Yesterday, Abdul Hamid said the Department of Integrity and Standard Compliance has already completed the investigations and submitted the paper to SPP, chaired by Home Minister Datuk Seri Hamzah Zainudin.

The IGP said the 31 police personnel were previously suspected of being involved in the Macau Scam syndicate, orchestrated by Zaidi Kanapiah, more well-known as Addy Kanna, and Goh Leong Yeong, or Alvin Goh. 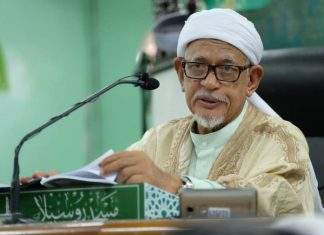 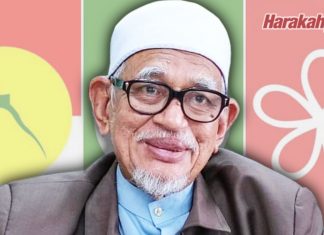 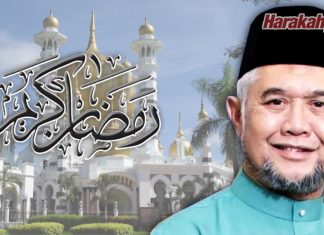