BALING – The government has assured that it will take appropriate action to provide justice to the family of firefighter, the late Muhammad Adib Mohd Kassim, said Minister in the Prime Minister’s Department (Parliament and Law), Datuk Takiyuddin Hassan.

He said, the Attorney General’s Chambers was waiting for the results of the police investigation which is understood to be in the final stage.

“An inquest was held in court, the coroner or judge hearing the inquest made a verdict that the cause of death was due to criminal action by two or more unknown persons,” he told reporters after a meeting with the mayor and Yang Dipetua of local authorities in Kedah here, today.

Takiyuddin said this while commenting on the disappointment of Muhammad Adib’s family with the proposal to hold another inquest into the death of the firefighter because they had been patient too long to get justice.

The Coroner’s Court had announced September last year that Adib’s death from injuries sustained during a riot in Subang Jaya was the result of a crime.

Coroner Rofiah Mohamad said Adib’s wounds were likely the result of an assault by several individuals during the incident.

“The death is caused by a criminal impact by two or more unidentified people,” a local daily reported her as saying.

The inquest was called following conflicting accounts of the events leading to Adib’s injuries, which include him being accidentally hit by his own emergency vehicle or being attacked by people who pulled him out of it.

Rofiah also said omission on the part of the authorities were a contributing factor to his death.

“I am also of the view that the police and the FRU had failed to control the riot and this had contributed to Adib’s death,” Coroner Rofiah Mohamad said when delivering her conclusion.

“It is very unfortunate when two FRU teams with hundreds of personnel and seven types of various vehicles, including water cannons, merely watched the protestors attack the firefighters without doing anything.

“They were only on standby with their weapons, because they did not receive any orders to act, despite the tense situation,” Rofiah added.

Rofiah also said she would leave it to the police and attorney-general to decide what subsequent action was necessary.

Adib, 24, died at the National Heart Institute on December 17, 2018, after succumbing to wounds sustained while he had been on duty. 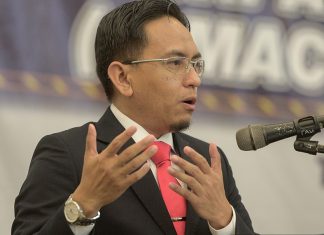 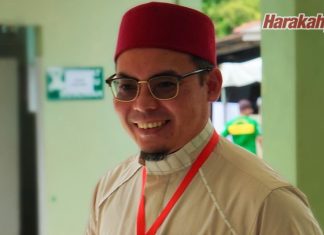