KUALA LUMPUR – In view of the recent spate of incidents involving water contamination that led to unscheduled disruptions in water supply in the Klang Valley, it is high time the Ministry of Environment and Water step up collaboration with environmental forensic experts from local universities to look into the matter.

Universiti Putra Malaysia Faculty of Forestry and Environment senior lecturer Dr Mohd Yusoff Ishak, who made this call, said his university, for example, has created an Environmental Forensics Research Centre for the purpose of pioneering studies on pollution and identifying the cycle of contaminants.

Their experts can, via collaboration and sharing of resources, help to analyse the contaminants at the source of the pollution itself through the use of scientific technics certified by international standards, he told Bernama.

“They can also carry out the process of matching samples of the contaminants with the data listed in the authorities’ inventory to enable more effective enforcement of the relevant environmental laws,” he said, adding that this will speed up the prosecution process.

“When swift action is taken against polluters, the message will come across loud and clear that no environmental criminal can escape legal action.”

Mohd Yusoff said Malaysia’s hot and humid weather poses a challenge when it comes to ensuring the integrity of samples taken for analysis in the event of a pollution incident.

“This is why it is necessary for the authorities to collaborate with universities… data and analysis, as well as the latest techniques used by university experts, can be shared to identify pollutants,” he added.

On the four high technology drones that Selangor will use from next month to monitor rivers in the state and collect water samples, Mohd Yusoff said while the move is a good one, how the water samples taken by the drones can be used as evidence to charge the polluters in court still remains a question.

On Monday, Phases 1,2 and 3 of the Sungai Selangor Water Treatment Plant (WTP) and Rantau Panjang WTP were shut down temporarily due to odour pollution, believed to have been caused by oil residues, in one of the rivers that supply raw water to the treatment plants.

The latest disruption is the third major water cut to occur in a month. On Wednesday, Selangor Menteri Besar Datuk Seri Amirudin Shari was quoted as saying that this year alone there were eight incidents of water pollution in Selangor.

In line with current developments in technology, Mohd Yusoff also called for more sophisticated laboratories and expertise at government agencies to deal more effectively with matters related to the contamination of water resources and to nab environmental criminals who are cunning enough to cover their tracks.

“Malaysia is still far behind in the field of environmental forensics,” he said, adding that the government has to upgrade its laboratory facilities and equipment in order to detect elements of substances that cause contamination in view of the presence of various types of new-generation chemicals.

Association of Water and Energy Research Malaysia (AWER) president S. Piarapakaran, meanwhile, said his organisation has proposed that a new clause be added to the Environmental Quality Act 1974 to allow all affected parties to claim compensation for water supply disruptions due to raw water contamination from the wrongdoers concerned.

“The government has a limit on imposing penalties. This is why we are proposing that the wrongdoer pays the full cost of the pollution which will cover the penalty, cost of cleaning up the contamination and the compensation that we have proposed,” he said.

He said the total cost may run into millions of ringgit which will serve as a deterrent to companies and individuals.

Under the Environmental Quality Act, the penalty for non-toxic and toxic contaminations is a maximum fine of RM100,000 and RM500,000 respectively, as well as imprisonment.

Piarapakaran also urged the government to create special reserve areas in the catchment areas of rivers as they are a part of the nation’s drainage system.

“Even drains end up (emptying their contents) in the river and the sea. When irresponsible individuals dump effluents into the drain or river, it can lead to contamination like what we are seeing now,” he added.

Bukit Bandaraya Residents Association advisor Datuk M Ali said Selangor water operators should submit a full report to the people, who have to put up with frequent disruptions in water supply, on the actions taken by the authorities concerned.

“What exactly has happened to the water supply system in our country, especially in Selangor?” he asked, adding that the National Water Services Commission and Ministry of Environment and Water should prepare the report.

He said the people need to know how many times unscheduled water cuts have occurred over the past five or 10 years, their causes, the people responsible for the disruptions and the measures taken or to be taken to prevent such incidents.

He opined that a Royal Commission of Inquiry should be set up to look into this matter as he understood that there have been 18 unscheduled water cuts in the Klang Valley since early this year. 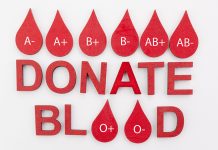 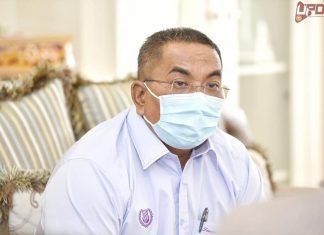 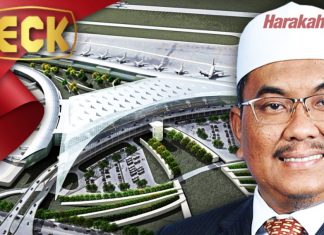 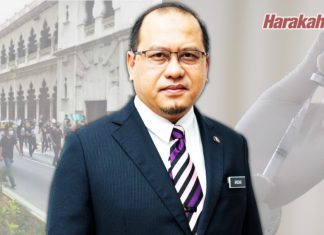