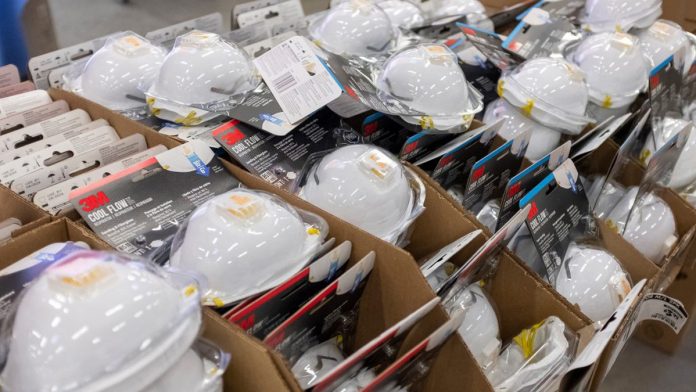 GEORGE TOWN – Non-government organisations (NGOs) are highly encouraged to donate face masks to the Penang prisons, as the supply for inmates is running low.

He said the issue had already been highlighted to the Ministry of Health and the Malaysian National Security Council and the department was waiting for the supply.

“At the same time, we have received face masks donations from NGOs and individuals, but it is still not enough,” he told reporters outside of the Penang Remand Prison here.

The food items were meant for 116 families of Penang Remand Prison staff affected by the Enhanced Movement Control Order (EMCO) which took effect on Oct 15.

Meanwhile, Roslan said that the situation at the Seberang Perai Prison was currently under control and there has been no significant increase in the number of new COVID-19 cases.

He added that there would be no inmates transferred in or out of the prison at the moment, and if required, new prisoners would be sent to the Taping Prison instead.