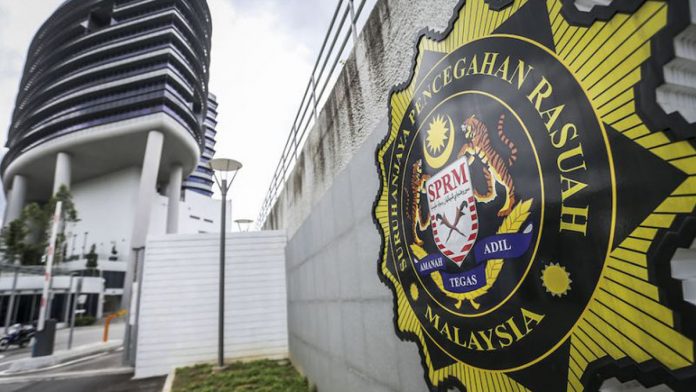 KUALA LUMPUR – The police have launched a manhunt for a suspect in an online gambling and Macau Scam syndicate who fled after being released on bail by the Malaysian Anti-Corruption Commission (MACC) last Sunday.

He said Goh is wanted for investigation in three cases under Section 4(1)(c) of the Common Gambling Houses Act 1953.

“The suspect who is involved in online gambling in Kuala Lumpur and Selangor fled after he was released on bail by MACC for alleged involvement in the Macau Scam,” he said in a statement today.

Members of the public with information on Goh’s whereabout are advised to contact the Cheras Criminal Investigation Division head DSP Ahmad Zamri Jai at 012-8993622 or investigation officer Insp. Muhamad Faizal Asuar at 017-3126411 or the nearby police station.

On Sunday, the main suspect in a money laundering syndicate linked to businesses involving the country’s celebrities escaped from police custody by climbing over the fence at the Malaysian Anti-Corruption Commission headquarters last Sunday with the help of his two personal bodyguards upon being released by the MACC.

Meanwhile Huzir said the three suspects who were rearrested by the police after their release by the MACC are in now remand under Section 4(1)(a) of the Prevention of Crime Act 1959.