KUALA LUMPUR – The police will be closing three roads in Petaling Jaya district from midnight tonight (Oct 14) in line with the implementation of the Conditional Movement Control Order (CMCO) for two weeks.

“The road closure is in line with the CMCO, to control the movement of people and traffic in the streets.

“However, these (closed) routes can still be traversed by ambulances, vehicles belonging to the Fire and Rescue Department, Petaling Jaya City Council and Royal Malaysia Police (RMP).

“Armed Forces and police personnel will man the locations involved,” he said in a statement Oct 13.

He said, police at IPD Petaling Jaya called on people from all walks of life to comply with the CMCO and be patient in facing difficulties, to curb the spread of Covid-19.

“IPD Kajang was enforcing roadblocks and road closures in several designated locations, to reduce movement in an effort to curb the spread of Covid-19.

“Meanwhile, the permanent closure (24 hours) location is at Jalan Genting Peras. Police advise the public to be careful and comply with the CMCO,” he said. 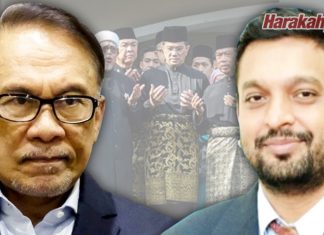