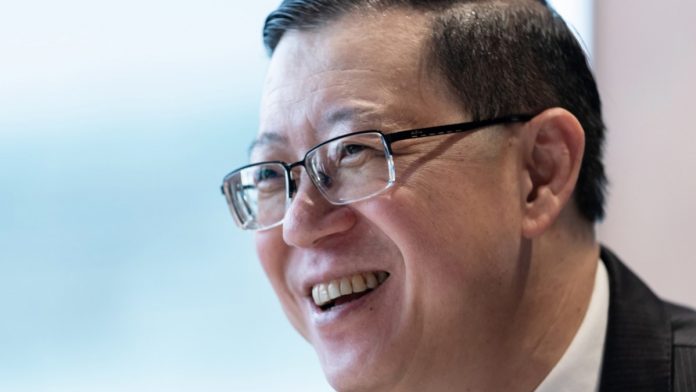 Deputy public prosecutor Wan Shaharuddin Wan Ladin told Sessions Court judge Azura Alwi that the amendments would be submitted to the court on Oct 28, which is the next mention date, during Lim’s presence.

Azura also allowed Wan Shaharuddin’s application for the trial dates to be decided on the same day (Oct 28).

Earlier, Azura also allowed an application by Lim’s lawyer, Gobind Singh Deo, for his client to exempted from today’s proceeding as he (Lim) had to attend the Penang State Assembly sitting.

On Aug 7, Lim, 60, pleaded not guilty to a charge with soliciting gratification to help a company to secure the Penang undersea tunnel project,

He was charged, in his capacity as the Chief Minister of Penang then, to have corruptly solicited gratification for himself as an inducement for helping the company to secure the Penang undersea tunnel project.

He is alleged to have sought 10 per cent of the profit to be made by the company from Datuk Zarul Ahmad Mohd Zulkifli, who is a director at Consortium Zenith Construction Sdn Bhd.

Lim was alleged to have committed the offence nearby The Gardens Hotel at Lingkaran Syed Putra, Mid Valley City here in March 2011.

The charge was framed under Section 16(a)(A) of the Malaysian Anti-Corruption Commission Act 2009 and punishable under Section 24 of the same act, which provides imprisonment for up to 20 years and a fine of not less than five times the value of the gratification, or RM10,000, whichever is higher, upon conviction.

Meanwhile, on Aug 10, Lim was charged in the Butterworth Sessions Court with using his position as the Penang Chief Minister then, for gratification amounting RM3.3 million, as an inducement for helping Zarul Ahmad’s company to secure the undersea tunnel project, valued at RM6.3 million.

On Sept 11, the Bagan MP was charged again on two counts of causing two plots of land belonging to the Penang government worth RM208.8 million to be disposed of to two companies, which are linked to the state’s undersea tunnel project.

The charges, under Section 403 of the Penal Code, provide for imprisonment of up to five years and whipping, and a fine, upon conviction.