Timur Laut district police chief ACP Soffian Santong said acting on public tip-off and surveillance, police conducted a raid at 11.30 pm on the house which was rented by the group for the party.

“In the raid, we arrested 42 people, aged in their 20s to 40s, and all of them were compounded RM1,000 each for violating the Recovery Movement Control Order (RMCO) standard operating procedure (SOP).

“Inspection of the bungalow led to the discovery of various types of liquor and ketamine. Four of the suspects were also tested positive for drug while 17 others have previous criminal records including drugs,” he said here today.

Soffian said the owner of the house was also issued with a compound by the Penang Island City Council (MBPP) that also involved in the raid for conducting homestay business illegally.

He said owners of premises must get prior permission from their local authorities before conducting any homestay activities.

Meanwhile, Soffian said 76 including 11 women were slapped with a compound for engaging in activities prohibited during RMCO in an inspection at 11 pm on an entertainment centre at Jalan Dr Lim Chwee Leong, here.

He said all of them aged in their 20s to 40s, were compounded RM1,000 each for failing to comply with the SOP.

“Police also arrested a 21-year-old man who is also the manager of the premises for operating without a valid licence and seized various musical instruments,” he said. 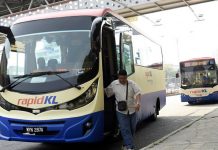 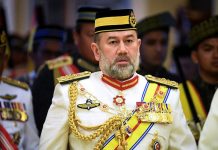