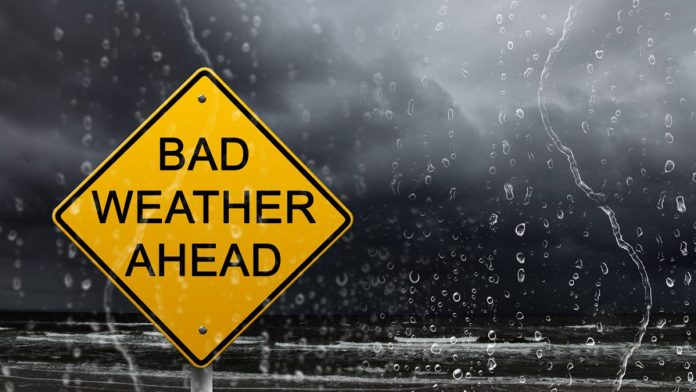 KOTA KINABALU – The Malaysian Meteorological Department (MetMalaysia) has issued a bad weather warning in several districts in Sabah until tomorrow.

Its director-general Jailan Simon, in a statement posted on its website, said continuous heavy rain is expected to occur in Sipitang, Tenom, Kuala Penyu, Beaufort, Keningau and Tambunan, as well as the west coast of Sabah.

He said alert weather warning is also issued for Kudat and Labuan starting today until tomorrow, and in three states in the peninsula, namely, Perlis, Kedah and Penang, starting Wednesday until Friday.

“Strong winds of between 40 to 50 kilometres per hour with waves up to 3.5 metres high are also expected to occur in the waters of Sabah, Labuan, Perlis, Kedah and Penang during the same period.

“This can cause sea water to overflow into coastal areas and estuaries,” said the statement.