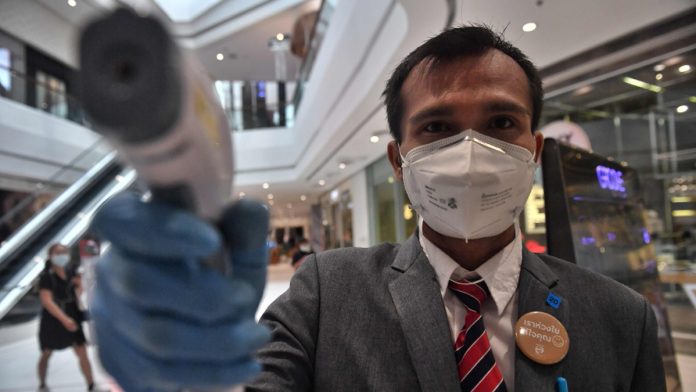 BANGKOK – Thailand will extend the state of emergency until the end of October with the kingdom allowing selected groups of foreign visitors – long and short-term – to enter the kingdom starting next month.

The current state of emergency will end on Sept 30. The extension is subject to cabinet approval today (Sept 29).

Thaweesilp said the CCSA meeting Sept 28 also agreed that selected groups of foreigners be allowed to enter the kingdom but they have to undergo a 14-day quarantine.

“Special tourist visa (STV) holders who can stay up to nine months in the kingdom are expected to arrive next month,” he said at a press conference, here, today.

Local media reported that 150 Chinese nationals holding the STV were scheduled to arrive in Phuket on Oct 8 followed by another Chinese group on Oct 25.

Besides that, Thaweesilp said foreigners who wished to stay in the kingdom for up to 90 days were allowed to enter the kingdom but needed to show a six-month statement of income of at least 500,000 baht (RM66,000).

Non-immigrant visa holders including businessmen without a work permit would also be allowed to enter the kingdom, he added.

Meanwhile, Prayuth said many people wished to come to Thailand as the kingdom could control and handle the outbreak well.

“We have to mobilise the economy so that the country can go forward. If we don’t do anything, the situation will be worse,” he said at a press conference today.

Prayuth also instructed the authorities to tighten security and patrols along the Thailand-Myanmar border to keep the virus out as COVID-19 cases in Myanmar have exceeded 10,000 with 226 fatalities.

Meanwhile, Thailand has reported 22 new COVID-19 cases including 16 Thai soldiers who returned from South Sudan on a UN peacekeeping mission, and zero fatalities over the last 24 hours, bringing the tally to 3,545 cases and 59 fatalities.