Muhyiddin, who is also PN chairman, described the consensus as proof that the close cooperation among the parties under Gabungan Rakyat Sabah (GRS) throughout the Sabah election had the support of the people.

“I appreciate the spirit of camaraderie shown by the parties in this coalition for the benefit and future of Sabahans,” he said in a statement posted on his official Facebook page tonight.

Muhyiddin also prayed that Sabah would continue to remain a peaceful and prosperous state.

Earlier, GRS had unanimously named Hajiji as its candidate for Sabah Chief Minister.

Hajiji, who is also Sulaman assemblyman, confirmed the matter and he is expected to take his oath of office at Istana Negeri at 10.30 am tomorrow.

Hajiji, who is also Sabah Parti Pribumi Bersatu chief, won his contest in Sulaman with a majority of 3,099 votes, in the process defending the seat he has held since 1990. 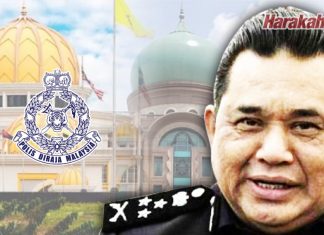