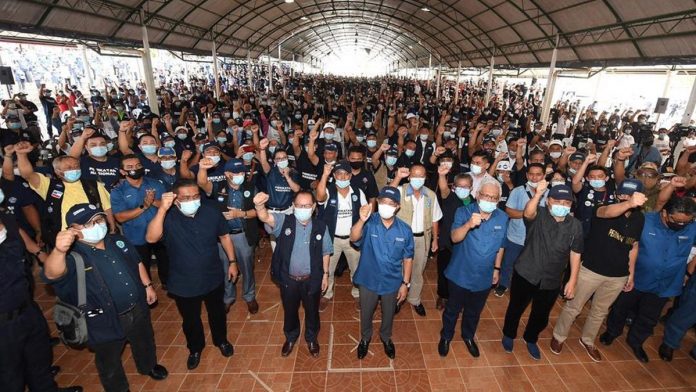 In a posting uploaded on his official Facebook page, Muhyiddin said his campaign started with him attending a PN Rally at Dewan Pisompuruan in Tambunan.

It was also attended by eight of the PN and GRS candidates for the state seats of Sri Tanjong; Sook; Tulid; Liawan; Bingkor; Paginatan; Moyog and Tambunan.

“Based on the number of locals who attended, I am confident that PN and GRS candidates have what it takes to serve the voters and capable of winning the seats they are contesting in,” he said.

The Bersatu president also took the opportunity to perform the Friday prayer at the Nurul Imam mosque in Tambunan and spent some time mingling with the congregation before moving on to several other locations.

The prime minister also prayed that all PN and GRS candidates will win their seats in the election tomorrow.

Over one million people are eligible to cast their ballots in the 16th state election that sees a crowded field of 447 candidates from 15 parties, as well as independents, vying for 73 seats in the state legislative assembly in multi-cornered contests that average six candidates per seat.