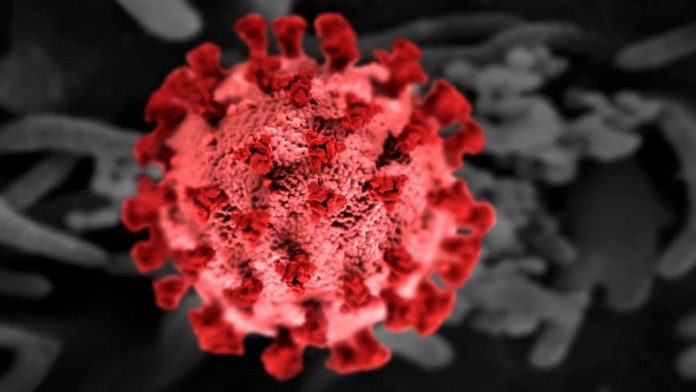 Thus, France is the only member state of the 26 member states of the European Union (EU) that has an Indo-Pacific concept. This is due to some of their previous colonies near Madagascar and Mauritius Island, which are in the Indian Ocean.

Australia, also expressed a keen affection of the concept introduced by ex Prime Minister Abe Shinzo, and had adopted Indo Pacific strategy as the perimeter to defend the national interest of Australia in trade, in the prevention of refugees from Afghanistan, Pakistan, and even Rohingya, from reaching the Australian mainland.

Professor Rory Medcalf is the key advisor to the Australian government on the concept of Indo-Pacific, and has written two books about it. Prime Minister Scott Morrison also approves of this concept, invariably, to strengthen Australia’s relationship with Japan, and India, whose Indo-Pacific strategy, comes in the form of the policy of Prime Minister Narendra Modhi to “Act East.”

By May 31 2019, the United States formalized it’s own Indo-Pacific Strategy. This was done by releasing a paper in, and through their Department of Defense that they take the “threat” posed by China in the Indo-Pacific region seriously. The threat is triggered to a large extent by China’s growing assertive nature in the South China Sea, especially in militarizing some six islets, reclaiming them as their “islands”.

To a large degree, the Belt and Road Initiative of China is the Chinese expression or representation of the Indo-Pacific Strategy too. Thus what is often seen as a clash of the West and US can also be seen as an attempt to find a common point to deploy their military and non-military assets in Indo-Pacific Arena.

The question confronting all these powers now, insofar as the issue of SARS Cov II, which leads to the proliferation of Covid-19 continues to proliferate around the world as an all out pandemic is whether or not, anyone of them can find the fastest and most effective vaccine? China believes it can do in November 2020 and has experimented with the citizens of United Arab Emirates and Indonesia. SinoCan, a research lab connected to Chinese medicine is leading the way.

Harvard University, especially its TH Chan School of Public Health is less sanguine . It has warned that no one should raise the hopes of an early vaccine before all the research is peer-reviewed . Yet due to the nature of the pandemic, that is now increasing by 1 million cases every 4 days, to reach more than 30 million confirmed cases by September 15 2020, almost every country that believes it has the research know-how to create a vaccine has tried to do it. Aside from US, China, the United Kingdom (UK), Russia and France, even Thailand, not excluding Indonesia , have all attempted to produce a vaccine. The Gates Foundation of Bill Gates sponsors 7 companies to produce a vaccine.

Yet, the history of producing a vaccine is filled with many decades of failure. The only disease that has been eliminated from the world so far is small-pox. * More importantly, as the global climate* begins to become warmer, virus that stayed hidden in the corpses of our human ancestors in the north, could become an active and deadly pathogen too, some scientists argued in Nature, a prominent scirntific journal.

Besides, the chances of producing a vaccine that has an effectiveness of at least 70 per cent on people of all age/background is only 10 per cent. Put differently, 90 per cent of the vaccines can and will fail; even though the vaccine of University of Oxford, in collaboration with Astra-Zeneca, seems to be quite promising in boosting up the T cells of the human body to battle off against the virus of Sars Cov II.

Granted that not all countries in Indo-Pacific have any relationship with University of Oxford, except Vietnam and Thailand, the latter through the Mahidol University, that wants to produce a vaccine on its own, there is no telling if Indo-Paific can remain a stable region as yet, since the data and testing systems of Covid-19 differ from country to country. And, as mentioned earlier China claims to be in the lead in the search for the vaccine. And, quite a few countries in Indo-Pacific are afraid China might use this as a game changer to dominate Indo-Pacific, even though the pandemic started out in Wuhan in December 1 2018.

Vietnam, for example, may have only few fatalities of Covid 19 and few hundred cases so far. But Vietnam does not resort to mass testing to weed out the carriers of Covid 19. As and when there are any outbreaks in Vietnam, its frontline nurses and volunteers will spring into action to find out which carrier has had the most exposure or contact with anyone. In turn, Singapore has resorted to testing all its foreign workers from South Asia on a vast and active basis.

As of the end of August 2020, some 320,000 workers had been fully tested. Malaysia does not test all the foreign workers, from South Asia or anywhere, but it seems to focus on targeted testing. It tests groups of people who seem to have early symptoms of SARS Cov II, such as the onset of the loss of taste, respiratory difficulties and lethargy.

As things stand, even if cases of SARS Cov II seem to be mounting in Indonesia, with highest rate of mortality in South East Asia, the region of Indo-Pafici would be unstable. As things are, the whole region has suffered the first recession in six decades. Meanwhile, the strain of Sars Cov II seems to remain milder, compared to other regions, according to medical experts in other regions.

Thus, while SARS Cov II can be infectious, it is not necessarily deadly; as what has been witnessed in North and South America. Be that as it may, even if the Indo-Pacific arena is not as badly affected as other regions for now, SARS Cov II is a virus that can mutate at the speed 100 times the velocity of SARS, that occurred in Hong Kong between 2002-2003.

All the countries in the Indo-Pacific arena should be careful, including coastal states of East Africa too, that verges on the Indian Ocean. For now, all talks of who would be the number one power in the region, whether it is China or the United States, has no meaning as long as the pandemic is raging. The number of cases in India has raced ahead of the United States too.

And, India will not remain in a weak position, either against Pakistan or China, if the pandemic continues to spread non stop. Therein the danger of this pandemic. All the previous balance of power is being tilted. Only the United States, Australia, Japan and India have formed the “Quads” to stabilize it, and remains open to the idea of including other members to manage China’s behavior in South China Sea.

As a claimant state of South China Sea, Malaysia is naturally sucked into this vortex of highly unstable situation. Malaysia, too, must look for a way to get a vaccine, and be in the race with the leading scientific powers. 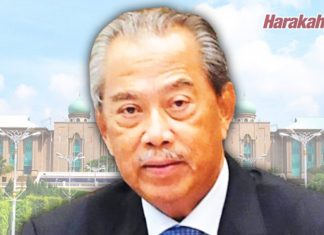