KUALA LUMPUR – Three of the accused charged with injuring Universiti Pertahanan Nasional Malaysia (UPNM), Zulfarhan Osman Zulkarnain, told the High Court today that each of them saw the victim being surrounded by over 20 individuals in a room at their hostel.

The 14th, 15th and 16th witnesses said they also saw Zulfarhan sat on a chair in the middle of room 4-10 of the Jebat hostel building while being surrounded by 20 other individuals on May 22, 2017.

Mohamad Lukhmanul Hakim said when he returned to his room (4-10) from room 4-07, he saw Zulfarhan sat on a chair, while Abdoul Hakeem Mohd Ali, Muhammad Azamuddin Mad Sofi the 25th witness Mohd Syafiq Abdullah sat on a table.

“Then, I went to my bed, lay down and fell asleep,” he said in reply to lawyer Datuk Hazizah Kassim who represented Mohamad Lukhmanul Hakim and Ahmad Shafwan during the examination-in-chief in the defence trial of 18 UPNM students charged with murdering and injuring Zulfarhan.

Room 4-10 was the scene of the incident where Zulfarhan was allegedly beaten and tortured with a steam iron.

When asked by deputy public prosecutor Julia Ibrahim on whether all of them (over 20 individuals) in room 4-10 were facing Zulfarhan during the incident on May 22, 2017, Mohamad Lukhmanul Hakim said, “Not really.”

Mohamad Lukhmanul Hakim: Yes, the trio were facing him.

Julia: I suggest that the interrogation on Zulfarhan was still ongoing (on May 22, 2017)?

Mohamad Lukhmanul Hakim: I can’t be sure. I heard them talking.

Meanwhile, Ahmad Shafwan also agreed with Julia’s suggestion that there were discussions on the night Zulfarhan was surrounded by over 20 individuals in room 4-10.

However, he disagreed that the discussions were about the first accused Muhammad Akmal Zuhairi’s missing laptop computer.

On July 31, the High Court here ordered 18 UPNM students to enter their defence on charges of murdering, injuring and abetting the murder of Zulfarhan.

The charges against the accused were made under Section 302 and 109 of the Penal Code, which carry the mandatory death sentence upon conviction.

The six, along with 12 others, were also ordered to enter their defence on charges of injuring the victim.

They are charged with voluntarily causing hurt against the victim for the purpose of forcing the latter to admit to the alleged theft of a laptop, according to Section 330 of the Penal Code, read together with Section 34 of the same Act, which imposes maximum imprisonment of seven years, and a fine, upon conviction.

The trial before Judge Datuk Azman Abdullah continues on Sept 30. 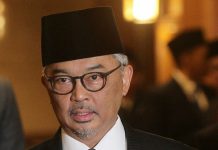 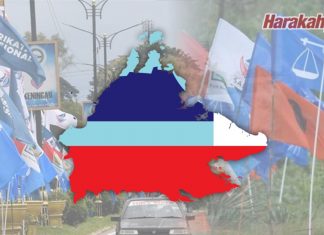