KOTA KINABALU – Barisan Nasional (BN) chairman Datuk Seri Dr Ahmad Zahid Hamidi is confident party leaders of the coalition understand that the selection of candidates for the Sabah state election was made based on a limited number of seats.

He said although there are many potential candidates to be fielded during the election, BN would be choosing only the best to contest.

“I think there will be less internal problems this time. I guess they understand the position because the number of seats (for BN to compete) is limited,” he told reporters after launching the BN machinery for the Sabah state election here today. Also present was Sabah BN chairman Datuk Seri Bung Moktar Radin.

Ahmad Zahid who is also UMNO president said this when asked on the possibilities of sabotage during the state polls.

Elaborating, Ahmad Zahid said sabotage from inside or outside the party is inevitable in any election, more so during a state election.

On the distribution of seats among BN component parties, Ahmad Zahid said the process is 95 per cent completed and an announcement would be made by Bung Moktar together with allied parties in Perikatan Nasional.

“We expect the announcement would be made tomorrow, he said.

Meanwhile, Ahmad Zahid said BN would launch the party’s manifesto after the nomination of candidates on Sept 12, which outlines the services BN representatives could offer.

Earlier in his speech at the event, Ahmad Zahid urged the BN machinery to step up their efforts to face the Sabah state election, and ultimately, redeem the party’s dignity.

The Sabah state election is scheduled to be held on Sept 26. 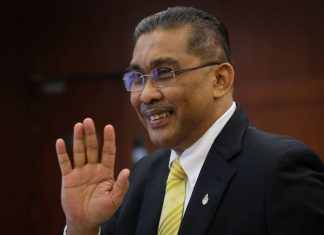 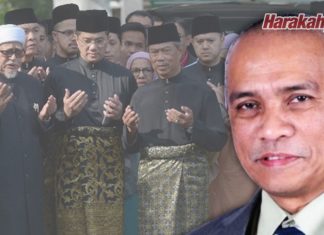 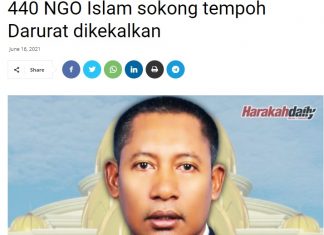