LANGKAWI – As Malaysians all over the country celebrate the 63rd National Day yesterday, the Royal Malaysian Navy’s (RMN) frigate KD Lekiu remained ‘on guard’ in the country’s northern waters amid the COVID-19 pandemic.

Some 150 crewmembers onboard are devotedly carrying out their duties under the operation codenamed ‘Op Benteng’, guarding the national waters from illegal immigrants and cross-border criminals.

“This morning, to enliven the National Day spirit, all the crewmembers gathered to listen to the mandate and reminders from the RMN leadership, which also contained words of encouragement in facing any challenges at sea while carrying out Ops Benteng,” said KD Lekiu commanding officer Captain Shaiful Nizam Abdul Manan, who delivered the message himself.

He was speaking to Langkawi media practitioners who were on board the frigate today to witness the vessel’s patrolling activities.

The participation of KD Lekiu in Ops Benteng has been significant, especially during the time it, along with other assets, intercepted a boat with 200 Rohingyas migrants on board in April.

“I had previously participated in training sessions and operations with other countries such as Australia and England, however Ops Benteng is different, because we have to ensure that every operation is carried out with strict emphasis on cleanliness and health factors due to the COVID-19 outbreak.

“The success of intercepting the Rohingyas boat last April was also my first experience in terms of preventing unwanted elements from penetrating the country’s borders,” said Tor, who has served with the Navy for almost seven years.

“My father was a General Operations Force personnel and he wanted me to join the armed forces, so I picked RMN as my career choice.

“I have participated in many trainings, but Ops Benteng has been a new experience, not only for me, but other crew members as well,” said Viji Kanan, who has served in the Navy for 19 years, and stationed with KD Lekiu for the past two years and five months.

Anti Submarine Warfare officer, Lieutenant Saiful Hakimin Mohamad said he has celebrated the National Day onboard a warship five times, however, this did not dampen his spirit whatsoever.

“The ‘Merdeka’ spirit is still felt on the ship, and when the crew shouts ‘Merdeka’, it lifts up our spirits,” he said. 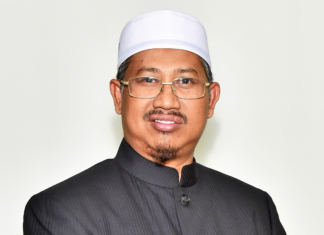 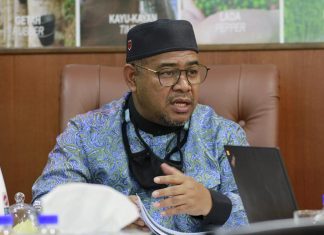 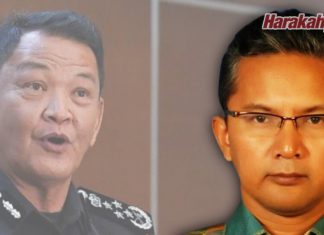