This is a round-up of COVID-19 related matters in Malaysia and globally from Aug 22 up to 7.30 pm today. In Malaysia, case numbers have exceeded 9,000 and globally, the virus has infected more than 24 million people and caused more than 800,000 deaths. More than 200 countries and territories are affected by the pandemic.

KUALA LUMPUR – New cases reported this week were mostly in single-digit figures but the possibility that the new D614G virus strain may have led to infections reported under the Tawar cluster is a cause for concern.

Health director-general Tan Sri Dr Noor Hisham Abdullah told a media briefing yesterday that there is a big possibility that the Tawar cluster and Sivagangga PUI (persons under investigation) cluster may have originated from the same source. Both clusters have their origins in Kedah.

“Four samples taken from the Tawar cluster virus were compared with three from the Sivagangga cluster and (genomic sequencing) results showed that all seven viruses were from the same clade. However, investigations are still being carried out,” he said, adding that the Tawar cluster has now spread to the third generation.

Imported cases, meanwhile, must also be monitored closely to prevent transmissions. As of Aug 27, out of the 106,793 individuals who arrived in Malaysia, a total of 904 COVID-19 cases were detected (0.85 percent positivity rate).

The highest number of cases comprised Individuals arriving from Indonesia (295), followed by Egypt (93) and Singapore (70).

Dr Noor Hisham said in a media statement today that Malaysia will continue to carry out stringent public health activities at all international entry points to stem transmission of COVID-19 from overseas.

With 73 cases reported as of Wednesday, the Tawar cluster has overtaken the Sivagangga cluster which recorded 45 cases.

Earlier, the Ministry of Health had detected the D614G strain in three cases from the Sivagangga cluster and one case from the Bukit Tiram cluster involving a Filipino.

Hong Kong-based daily The South China Morning Post had reported that only two countries in Asia – Malaysia and the Philippines – have so far detected the D614G strain.

This particular mutated virus is said to have originated from Europe and has become a super spreader in Pakistan and India.

The Tawar cluster’s index case, detected on Aug 12, is a Malaysian male who tested positive for COVID-19 at a private hospital in Sungai Petani, Kedah, after experiencing symptoms.

Out of the cluster’s 73 cases, six are receiving treatment in the intensive care unit. The cluster has not reported any death.

The Tawar cluster has spread to four districts in Kedah with Kuala Muda recording the highest number of cases at 26, followed by Baling (20), Kulim (15) and Sik (one). This cluster is also responsible for six cases in Timur Laut, four cases in Barat Daya and one case in Seberang Prai Utara in Penang.

On the Rt or R naught (R0) value, which refers to the infectivity of a virus at the beginning of an outbreak in a community, Dr Noor Hisham said the highest R0 in Malaysia was recorded on July 22, that is 1.37, and the lowest 0.58 on Aug 4. (Prior to the enforcement of the Movement Control Order on March 18, the R0 was 3.55.)

The emergence of new clusters including the Tawar cluster after Aug 4 saw the R0 rising to 0.74 on Aug 26.

According to Dr Noor Hisham, an R0 value of less than one, if maintained continuously, will help to break the chain of COVID-19 infections in Malaysia.

The households have been placed under the Home Surveillance Order due to contact with seven COVID-19 positive cases from the Tawar cluster.

On Monday (Aug 24), the World Health Organisation (WHO) announced that 172 nations are engaged in discussions to participate in COVAX, a global initiative aimed at working with vaccine manufacturers to provide countries worldwide equitable access to safe and effective vaccines once they are developed and authorised for use.

At a media briefing in Geneva, Switzerland, WHO director-general Dr Tedros Adhanom Ghebreyesus said COVAX currently has the world’s largest and most diverse COVID-19 vaccine portfolio, including nine candidate vaccines and a further nine under evaluation.

He said the supervised distribution of vaccines worldwide will safeguard the interests of all nations, including those that have signed their own agreements with vaccine developers.

He said new research outlines that global competition for vaccine doses could lead to prices spiking exponentially in comparison to a collaborative effort such as the COVAX facility.

It would also lead to a prolonged pandemic as only a small number of countries would get most of the supply.

“COVAX will ensure that low-, middle- and high-income countries all receive the vaccine in a timely way as soon as there is supply of a safe and effective vaccine,” he added.

In Southeast Asia, the Philippines and Indonesia have joined the countries with more than 100,000 cases. Next is Singapore with 56,666 cases while its death tally remains at 27, followed by Thailand with 3,410 cases and 58 deaths.

Vietnam’s COVID-19 cases have risen to 1,034 and deaths 30. Myanmar now has 586 cases while its death toll remains at six. Cambodia’s cases remain at 273 with no deaths reported. Brunei’s tally remains at 141 cases and two deaths while Laos has reported 22 cases with no fatalities.

The International Monetary Fund has warned that the global economic recession caused by the COVID-19 pandemic will be worse than the Great Depression of the 1930s. — BERNAMA 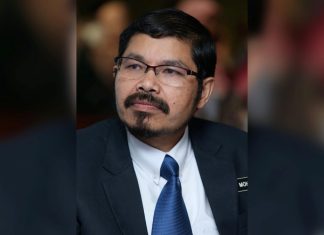 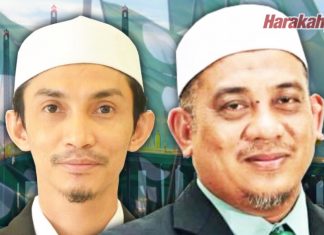